Message:Could not retrieve the resource. Error: could not send the HTTP request: Could not execute the request: Failed sending HTTP request

Salvatorian Sisters in the Philippines 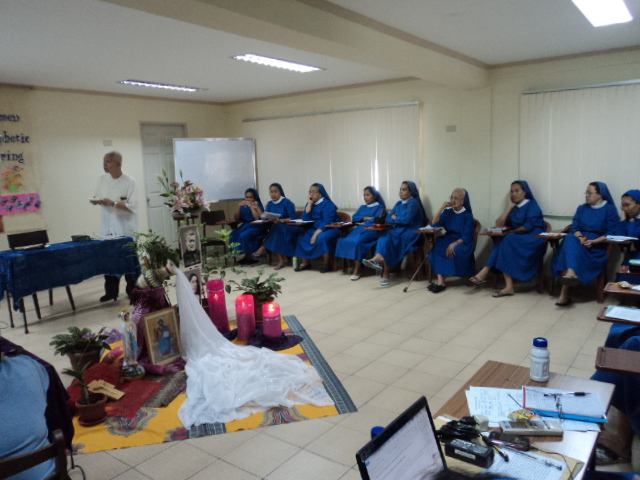 “What does it mean to lead according to the mind and heart of Christ?”

“Who does GOD want to lead the Region for the next three (3) years?”

These questions were posed by His excelency Bishop Teodoro Buhain to each one of us as he led us to a deeper reflection and    listen to the voice of GOD within. 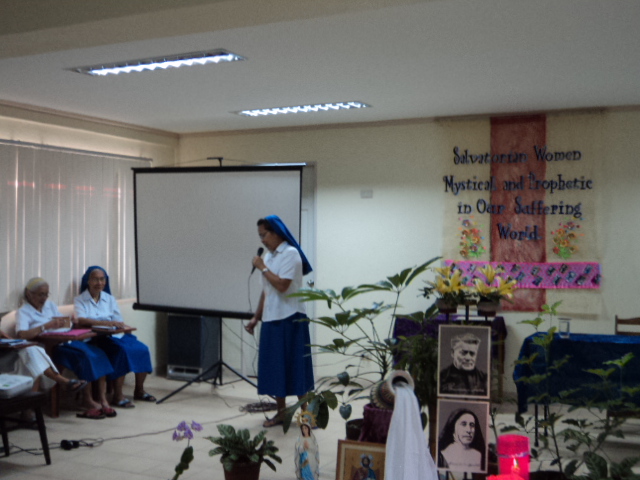 The Regional Consultation & Preparation for Regional Chapter was held last October 27-28, 2011 at Lebanon Shelter. The theme for the Chapter is “SALVATORIAN WOMEN MYSTICAL & PROPHETIC IN OUR SUFFERING WORLD”. Most Reverend Bishop Teodoro Buhain DD was the facilitator of the said meeting. All the sisters were present except Sr. Ma.Elisa Ranises who is currently in Romania.

Sr. Irma Caumeran officially welcomed the sisters and introduced the speaker and facilitator of the consultation meeting. Bishop Ted gave an inspiring message to set the tone for these 2- day significant gathering.

On the 1st day Bishop invited us to do workshops and focus on three terminologies: weaving, mystical and prophetic. The 5 communities came up with a common understanding of what is prophetic and mystical as a Salvatorian woman of today. There were marked difficulties but also improvement and growth that are note-worthy.

Each community also presented its Annual Evaluation Report 2010 highlighting both the lights and shadows of community life embracing all aspects of it.

On the 2nd day, the concern was focused on suggesting 4 names of which the generalate will appoint one of them. Special consideration is given to the suggestion of the sisters of the region. First, there was secret balloting of which the results were tallied. Two tellers were elected, Sr. Ruth Baguinon & Sr. Agnes Etong to assist the regional secretary, Sr. Mary Adeline Abamo. It was Sr. Irma’s name that was leading in the initial balloting.

During the final balloting, the results were kept/sealed in an envelope to be immediately sent to the generalate in Rome. Four names were suggested by each sister